Hmm, it's an interesting story...

Bottom line? I don't think most Japanese really care to learn English more than they have to. They don't need to. Life is fine with rudimentary "Engrish." If it really mattered, then I think the tide would change...

I believe that the big problem is education system. Junior-high and high-school english education is for only examinations to pass. Reading and writing are important but commucation basis like speaking and hearing is not.

Basically, some english-speaking japanese are ruling japan. That's why they don't hope many people get to speak english. Speaking-english is a kind of special ability at least until a decade ago. They can get a good paid, they can be promoted faster then non-english-speaking japanese while it happens in japanese goverment. I know many alumni of Tokyo University that is well-known as the highest university in japan cannot speak english. It is the result of english education system in Japan.

Noma-san, thank you for the link and trackback.

I agree the education system is a key problem, but to me, that is a symptom, not a cause. Yes, the government does not stress English enough. But look how far Japan has come with poor English! In 50 years to go from losing WWII to becoming the second most powerful economy. All without good English.

It makes me wonder where Japan would be today if the English level was better. I think that Japan would be even more competitive, more powerful, etc. 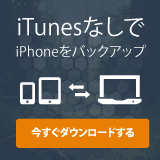